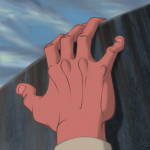 54 Edits since joining this wiki
June 17, 2014
Hello, my name is PKMN-TRACEUR and Im a HUGE fan of the film Tarzan, as well as a big Pokemon fan!

Tarzan is one of my favorite Disney movies, and I'm looking forward to see how the new Tarzan goes, though it's probably not as awesome as the Disney one!!

My avatar, as you see on the box on the right, is my OC, Peter, who is an Infernape with Tarzan-esque behaviors that loves doing Parkour stuff wearing a suit identical to the one worn by Tarzan and his father. He also likes and practices many kinds of martial arts! You can see more of him at my DeviantART page!!

HOW HAS DISNEY'S "TARZAN" INFLUENCED ME?Edit

I can say without a doubt that seeing Tarzan's moves and agility has inspired me to try and become as much of an "ape-man" as I can! I have a tendency of... "monkeying around" xD. And by that I mean going barefoot and climbing whatever I come across in my house, mostly the furniture. I walk around in fours Tarzan-style, and sometimes I even go to my backyard and attempt to climb the walls and trees in there. Of course I need to be barefoot, because wearing footwear is most likely to be uncomfortable, and feet are less slippery and feel more natural. I even got to hang from the top of a 9-feet tall wall with my hands!

Of course no one at home knows, and they never will. It's like an alter-ego; when I'm around people, I'm a normal person; when no one's around, I'm a homestuck Tarzan x,D

(ALSO... no loincloth for me, by the way; it would be ridiculous if someone found me like that! I just wear normal clothes, pants, jumpers... At most, I'll only be wearing shorts/pants, but really, the only obligatory condition for me is to be barefoot...)

So yeah, I'm pretty much a Barefoot Parkour Apprentice, and Tarzan is my major influence!! n_n

My favorite scene is definitely the one that happens in the ship when Tarzan, Jane and the others are set to go back to England. It's a really intense scene, with Tarzan attempting to escape from the pirate's grip using his monkey acrobatics while struggling with his father's ridiculously tight suit and slippery shoes!

It's really epic and action-packed, and I certainly wish I could move like that! Shame that he was wearing shoes though; if he was actually barefoot (or at least took his shoes off while climbing the masts), he wouldn't have fallen off the boat's funnel, because he would be able of climbing it without having his feet slip away. Though who knows what would have happened, had he actually climbed that funnel!? He'd just fall right into it!!

Here is my view on what Tarzan is thinking during that moment, and some comments on what happens next!! (All of the pictures used here are courtesy of Disney Screencaps . Big thanks! n_n)

"Oh crap, these guys want to capture me!? Time to bail!"

Were these guys also raised in the middle of a jungle!?

"Wh-Whoa!! Everything is so slippery right now!"

And of course, ONLY NOW are those idiots able to capture Tarzan, taking advantage of his moment of weakness!!

Same with Clayton, only showing up AFTER they've captured Tarzan... You, sir, are a very lame person!

Oh man... It would have been amazing if Tarzan got the chance to actually beat the crap outta him in this part!

If it wasn't for the fact Clayton has a shotgun, Tarzan could have easily ran away from them (though he was weak and hurting, so he couldn't have gotten really far...)

Poor Tarzan, he must've felt so weak in here. Having him talking shit in his face, unable to counter by kicking his ass!

I also love this scene because of how Tarzan reacts to Clayton's revelation. Seems like an awfully genuine reaction to me!

...and ONLY NOW Tarzan's suit starts ripping apart, leading into the scene in the storage room. How did he end up without shoes, though? xD

Aaaaaaaaaaand now he's letting out all of his rage... and all of the henchmen are gone already.

You know, if only you took your shoes off while escaping from those henchmen, you wouldn't be trapped here!

Now you're barefoot and with loose clothes, but there is literally no way out, so it's flat-out pointless!

Seriously though, what happened to his shoes!? Did he take them off or did the henchmen do it just to satisfy their foot fetish!?
Add a photo to this gallery

Lately I've been creating images inspired by Tarzan. These include Pokemon or Pokesonas impersonating Tarzan (as you will see in the following sections), as well as these some drawings of Young Tarzan wearing an adapted version of his father's suit! n_n

Watch more of that at MY DEVIANTART PAGE!!!

WHICH POKEMON WOULD MAKE GOOD TARZANS?Edit

Being also a HUGE Pokemon fan, I sometimes tend to picture in my mind what would the scenes of the Tarzan film look like if they had Pokémon on them... And here is a list of what Pokemon are the ones that pop into my mind in those cases!

In all cases, I imagine the gorillas would be represented by non-lazy Slaking, which are, precisely, gorilla Pokemon!

He is a muscular humanoid-shaped Pokémon who wears tight black underwear-like shorts vaguely resembling loincloth... It's basically like Tarzan! While Machamp, its evolution, wouldn't make a good Tarzan due to it having four arms instead of two, I reckon Machop would be perfect as young Tarzan! And due to them not being based on primates, it would fit perfectly well that a baby Machop ended up stranded in an island after his parents were killed and was adopted by a Slaking who just so happened to lose his baby!

In case you couldn't tell, Infernape and it's pre-evo Monferno are Pokémon that I LOVE with a passion; so much that I even consider them to be adult and young Tarzan, respectively! Even more so, Chimchar, the initial stage, would be perfect as baby Tarzan! Downside is, being based on monkeys, the story of Tarzan wouldn't make sense if both the protagonist AND the family that adopted him were ALL based on monkeys!

Why? Well, they're NINJA FROGS! Imagine it, a baby Froakie stranded on an island and adopted and raised by the Slaking... It would grow to become a jungle master ninja frog!! Wouldn't it be awesome!?

Sure, they're based on geckos and other reptiles and they're prone to living in jungles, but since they're not based on primates, having them being raised by Gorilla Pokemon in Tarzan's story would make them EVEN MORE awesome! I didn't include Sceptile because... well, it's not that awesome, IMO! Grovyle would make an even better Tarzan that his own evolution!

Now I know what you're thinking, how in the world would DEWOTT of all Pokemon make a good Tarzan? Well... it's a super awesome Pokemon! He's a samurai otter of sorts, but have you noticed that weird thing where it holds his scalchop-swords? Well, I think those look a lot like Tarzan's loincloth! Besides, due to not being based after monkeys, Dewott would make a good Tarzan from kid to adult (an unusually tall Dewott, maybe?), with Oshawott being baby Tarzan. Their final evolution Samurott, on the other hand... is just not Tarzan-esque. It's quadrupedal for some reason; it can stand on its hind feet apparently, but still, it wouldn't fit well as a Tarzan!

I basically think any bipedal humanoid non-monkey-based Pokemon could fit perfectly in the role of Tarzan: Hitmonlee, Sawk, Golduck, Lucario, you name it! All of them would be perfect!

But I think there is only ONE Pokésona that could top them all off, due to having the perfect body shape and being a Pokemon not based on monkeys. I'm talking about Buizilla, BuizelManiac's Pokesona: a anthro naturally-giant Buizel that can change size at will (most of the time at least!). In fact, I have made an image with Buizilla posing like Tarzan in the cover art of his film, complete with a custom made Tarzan-like "BUIZILLA" logo. You can also see it at my deviantArt page, more specifically by clicking HERE , and don't forget to fav and share it around, especially with BuizelManiac, since I love his works! n_n

MY BIGGEST DEVIANTART IMAGE SO FAR!Edit

Retrieved from "https://tarzan.fandom.com/wiki/User:PKMN-Traceur?oldid=4155"
Community content is available under CC-BY-SA unless otherwise noted.